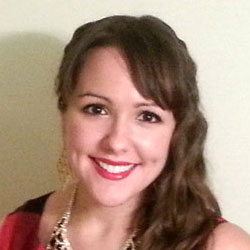 The latest in a series of interviews with script readers and consultants who would be worth your while to work with if you want to get your script in shape. Today’s spotlight is on Amanda Pendolino.

I really liked THE SKELETON TWINS. It blended comedy and drama in a way that I think is very hard to do. It also got its plot moving in the very first scene, and brought out the humanity in characters who make terrible mistakes.

I first learned to write coverage while interning at a production company. Then I did more coverage when I worked as an assistant at an agency. After I left the agency, a former coworker of mine had moved onto a production company and hired me as a freelance reader. All my other reading jobs also came about through friends/contacts.

Hmm, that’s hard. Your own personal taste isn’t really something that can be taught, but yes, I do think you can learn what it is that producers and studios are looking for.

Many writers don’t take enough time to develop their concepts. Is your idea enough to sustain a MOVIE or entire SERIES? Is it fresh and original and interesting – and is your concept clearly established? Other mistakes include boring characters (you need to be writing ROLES that can attract top actors) and plots that unfold without any twists or turns. New writers also sometimes write prose that fails to create mood/atmosphere/tone. Every moment of your script is an opportunity to show off your specific voice and writing ability.

Women who are sex objects; women who are too perfect/idealized; one woman in a script with twenty guys.

-Writing is rewriting. Don’t send a script out until it’s ready.

-One single script probably won’t launch your career. Sometimes the best thing to do is move on and write a new script.

I recommended the script IMOGENE by Michelle Morgan, which became the movie GIRL MOST LIKELY. The logline I wrote for it was “After getting dumped and losing her job, a desperate young woman gets banished to New Jersey. After she discovers that her father is still alive, she sets out to find him, hoping that he’s the impressive parent she’s always been looking for.”

Certain ones are reputable, like the Nicholl Fellowship – but in most cases, the people who win contests don’t really get anything as a result. Many people who run screenwriting contests don’t actually put you in touch with anyone, and most producers/agents/etc aren’t going to be impressed that you won some random contest. “Anybody can win a contest,” my old agency boss used to say. Go ahead and enter a contest if you can see actual evidence of previous winners launching careers, but don’t hinge all your career success on winning a contest. It would be a mistake to think that entering a contest is the only thing you need to do to get your work out there.

You can check out my website at amandapendolino.com or email me at aspiringwriterblog@gmail.com.

I also love and appreciate pie! I’m going to have to go with classic apple pie – with vanilla ice cream on top, of course.