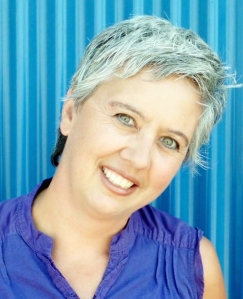 The latest in a series of interviews with script readers and consultants who would be worth your while to work with if you want to get your script in shape. Today’s spotlight is on Tracee Beebe of The Script Coach.

Tracee, now repped by First Story Entertainment, has continued to climb the ranks of Hollywood screenwriters and now has several scripts slated for production in the coming months. As a writing coach, Tracee has switched from the technical “how to make your script better” type of consulting to mindset mastery to help writers set themselves up for success both on the page and in their careers.

Her screenplay DEEP WATER was in the top 3 of The Blood List and she has been a finalist in several top screenplay contests.

Her previous career as a horse trainer, and her work in animal rescue, has flavored much of her work and given her the tenacity to believe that anything is possible if you just work hard enough along with the humility to know that there is always more to learn.

I just rewatched To Wong Foo, Thanks for Everything! Julie Newmar and fell in love with it all over again. Wonderful, unique characters, tons of subtext, and it just grips you right from the start.

I started out just exchanging scripts with other writers for feedback. After some particularly helpful notes, a Facebook friend offered to pay me to do detailed notes for him, word got out and more and more writers came to me for script coaching/consultation. After about a year of that, I saw an ad on ISA looking for experienced readers to do coverage for a new management company and applied.

Absolutely. I think that part of it is innate, but the more scripts you read (both good and bad), the more you can start to really see what makes a great script.

Entire books are written on this topic, but I think the most vital are structurally sound, unique concepts and really strong, interesting dialogue. Without those, you’re in trouble.

Exposition is probably the worst and most common mistake I see. Another rookie mistake is coming in to a scene too early and not leaving soon enough.

There are things that make me roll my eyes and say “really? that’s the best you could come up with?” but thankfully nothing I see over and over again. I will say I am not a fan of anything resembling “Let’s get ‘em!” People don’t say that kind of stuff in real life. Oh, and a personal pet peeve (though not really a trope) is a writer using “we see” – to me it denotes lazy writing.

-Don’t write it unless it is important to the story.

It’s rare, but there have been a few. One was a very clever comedy about a personal chef to a mob boss. “When the mob boss’s personal chef gets wind he’s about to be flambéed, he must find a way to take down the Family before his goose is cooked.”

Yes, some of them. Some of the bigger contests are now so flooded it’s not worth entering unless you have gotten solid coverage and done some strong rewriting before you submit. But there are some good contests out there that also provide coverage to entries. I think that makes it worth the entry fee.

Pumpkin, with lots of homemade whipped cream! Now I have to go find myself a piece!

*because she works with and writes about horses. A terrible joke, I know, but how could I resist?