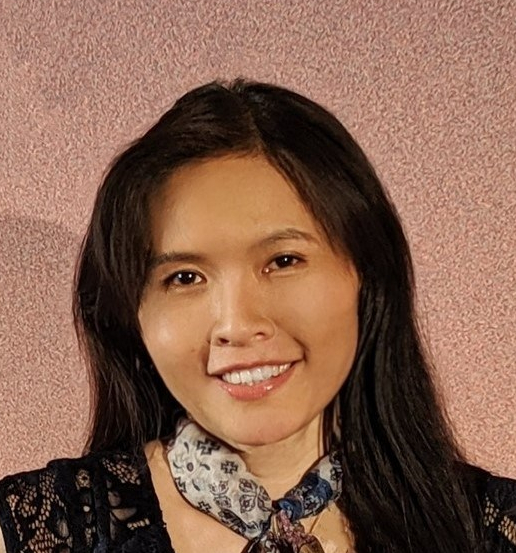 Ellexia Nguyen is the founder of The Script Joint, an award-wining script coverage and editing company. Industry-wise, she started out as an apprentice film editor for producer Roger Corman’s company, Concord-New Horizons, and later as an assistant for Paramount Pictures’ Worldwide Feature Film Publicity.

After completing UCLA’s Professional Screenwriting Program for graduates, she launched her own business. Her company later won the 2016 award for “Script Consultants of the Year” and “Best Screenplay Editing Services”— which is showcased on the U.S. Business News website.

Through her story consulting, editing and rewriting services, a handful of her clients, even new writers, successfully reached their goals by leaps and bounds, landing book deals, development deals, and multi-picture deals—some with major studios and streaming companies such as Netflix. Most notably, one of the feature film scripts that she script doctored for a client got picked up by Creative Artists Agency.

What’s the last thing you read or watched that you thought was incredibly well-written?

The Act, a gripping crime drama series on HULU. I was pulled into the story within minutes of watching the first episode at one of the TV Academy screenings. It’s an eerie dramatization of the true story about the murder of Dee Dee Blanchard, a single mom who suffered from MSP (Munchausen Syndrome by Proxy). For those unfamiliar with MSP, it’s a psychological disorder where the caretaker, usually the mom, makes up illnesses or does things to induce illnesses in the child under her care. It was a well-told story, and beautifully shot in a way to allow the audience to see and feel what the lead characters were going through.

How’d you get your start in the industry?

Some years ago, I was reading an article in a magazine about director Martin Scorsese and it talked briefly about how he had worked with producer Roger Corman.

After doing some research, I learned that Roger Corman’s company, Concorde-New
Horizons, was known for being an informal hands-on film school. After college, I reached out to the company and got an apprentice film editor position. That’s where I first came into contact with industry scripts and dailies. Over time, I became more interested in screenwriting.

Is recognizing good writing something you think can be taught or learned?

Yes, if you have a patient script consultant or mentor who is willing to point out to you what makes good writing or not. To recognize good writing, you also have to know how to recognize not-so-good writing. As a script doctor/consultant, I’ve worked with clients who had little screenwriting and novel book writing background. But over a few months, after giving them proper guidance and extensive story feedback, they were able to dramatically improve their writing and storytelling skills.

As a result, even some new screenwriters and novelists were able to get book and development deals from the drafts we worked on. So, yes, it can be taught – if the person you’re teaching has the desire, drive and determination to learn.

A well-constructed story. Everything has to work together seamlessly such as the cast of characters, dialogue, and the story stakes. For example, a car can have the best engine, but it’s not going to take you where you want to be if you have flat tires. In screenwriting terms, that would be like having a good story premise, but characters that can’t drive the story forward due to poor dialogue.

Everything counts in a script.

It must have good dialogue because dialogue creates plot. The scenes must be succinctly narrated, moving your story along in a meaningful and visually engaging manner. You want the reader to be able to easily follow and understand your characters and their struggles. Also, the script should be well-paced and filled with a good amount of conflict and story stakes. Secondary characters should also interact with the main characters without appearing contrived. Lastly, the script should have entertainment value.

What are some of the most common screenwriting mistakes you see?

In a time-travel story premise, a common mistake is flooding the script with countless arbitrary “time jump” scenes—chaotically jetting back and forth between the past and present. This makes it impossible for the reader to become emotionally invested in any of the characters or their journey.

In action, thrillers, and horrors, a common mistake is having an anti-climactic showdown between the hero and the villain. For example, the hero effortlessly defeats the villain, which takes the thrill and momentum out of the fight.

What story tropes are you just tired of seeing?

Like I mentioned earlier, sci-fi stories where the characters have to travel back in time to face something or do something to correct the past in order to save the future. Often times, there are so many time jump scenes such that they interrupt the narrative drive of the story.

What are some key rules/guidelines every writer should know?

-Write visually engaging scene descriptions, but don’t over- or under-describe.

-Give the protagonist clear goals and something to fear. What do they need to overcome to achieve those goals?

-Make sure there’s a good amount of tension and conflict in the story.

-Reward the audience for following your story by making the ending satisfying.

-Let your characters speak in subtexts, but try not to be too vague or ambiguous. Script readers aren’t mind readers.

-Have realistic expectations. Don’t expect film investors to shell out millions of dollars to turn your script into a movie if you’re unwilling to invest the time and effort to get your script polished. Show them why your script – and not your competitor’s – is seriously worth the investment.

Have you ever read a spec script that was an absolute, without-a-doubt “recommend”? If so, what were the reasons why?

Yes, the story unfolded like a movie within minutes. Strong presentation of theme. I was easily able to picture the characters, who seamlessly worked together to serve the plot. Scenes were written in a way to allow me to really see and feel what each of the characters was going through.

How do you feel about screenwriting contests? Worth it or not?

It’s one of the ways to test out your script before pitching it to producers. It’s also a way to get discovered by literary managers looking for fresh talent. But be selective and don’t blindly submit to countless contests. Not all of them offer you the same exposure or “prizes” if you win.

How can people find out more about you and the services you provide?

Readers of this blog are more than familiar with my love/appreciation of pie. What’s your favorite kind?