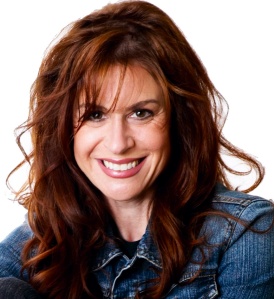 The latest in a series of interviews with script readers and consultants who would be worth your while to work with if you want to get your script in shape. Today’s spotlight is on Barri Evins of Big Ideas.

A few contest scripts impress me each year. I wrote about one that swept me off my feet in my ScriptMag.com Column: Breaking & Entering – Great Writing – A Love Story. A good rewrite from a writer I was consulting with who made a huge leap between drafts. In terms of what I’ve watched, it’s TV that’s knocked my socks off of late.

In kindergarten. Well, practically. Grew up reading plays and studying theatre. Convinced that background would be an albatross around my neck in the film business. I was trying to get my first industry job after moving to Los Angeles, and a lit agent my brother was friends with from a fraternity connection set me up on interviews. He gave me a script that was on its way to becoming a major movie with an A-list actor and told me to do story notes on it as a sample. I did a pretty good job of it, and impressed some folks in meetings, but wound up working at the agency. It was grueling in terms of amount of work and amount of hours, but I read a ton in features and in TV, and I learned a ton. In eight months (that’s pretty fast) I moved on to a Development Associate job and then Story Editor for writer/producers Bruce Evans and Raynold Gideon where I learned a ton and read so much my distance vision deteriorated! Ironically, it was the theatre degree that helped win me the job.

I always believed that it could be taught, as I’ve taught coverage to literally jillions of interns, many of whom have gone on to be very successful in the industry, as well as part of a course I taught at the UCLA Graduate Producing Program. However, I had one very lovely intern who simply could not tell good writing from, well, dreck. It was like being colorblind. She got a little encouragement from me to look into other areas of the industry and became a successful publicist.

A great concept, that delivers on the promise of the premise, with strong storytelling. Yum.

Oy. Here’s my current bone to pick – I call it “Too Much Tinsel On Your Tree.” The overcomplicated story where the writer has crammed in so much that we simply don’t know what’s going on. Diagnosis of that syndrome can be found here in a guest blog by my dear friend, Dr. Paige Turner, who steps in and answers writers’ sticky questions in a column she likes to call, “S-E-X Tips for Screenwriters.”

If I never, ever, ever read another story where something happens to make the main character revisit their small hometown after 20 years absence, I would be thrilled. That said, I will probably come across a terrific one now that I’ve gone on record with this. But I somehow doubt it.

Outline, outline, and get an outside opinion, preferably from a professional because you’re just too close to your own work and your mom thinks everything you do is “just terrific, honey.”

Yup, but the execution was horrid, I mean terrible on almost every count, and my company couldn’t get our studio to buy it based on the great concept. Another studio wound up doing it, but took it in the complete wrong direction. So I’d rather not share the logline. Sorry.

Depends on the contest and what the writer is looking to achieve. I used to write a column on screenwriting contests for MovieBytes.com – a terrific, free online source of info on contests by writers. I’d ask questions of judges I think writers would want to ask, so I know a bit about contests from different angles.

I consult on everything from loglines to screenplays to queries, as well as offer custom packages and mentorship. My website is www.bigBIGideas.com, which includes my consulting page, where you have the opportunity to “Pitch Me For Free” and get a thumbs up or down on a concept.