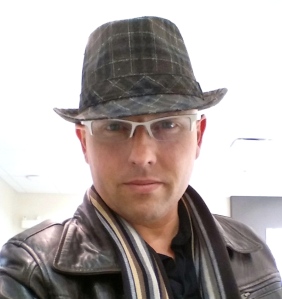 The latest in a series of interviews with script readers and consultants who would be worth your while to work with if you want to get your script in shape. Today’s spotlight is on Scott Parisien, a mentor, analyst and writer with Script Reader Pro. He wrote the feature FOXTER & MAX in 2019, and his script INCISION was a Bronze Prize Winner in the 2013 Page International Screenwriting Competition.

There have been many movies this year I felt were actually quite well written. Sadly, most fell outside of the studio system or did not come to the big screen, and if they did, it was barely a blip on the radar. Movies like The Way Way Back, The Spectacular Now, Out Of The Furnace… these really focused on the characters and their journeys, and were filled with touching moments and emotional beats I really identified with. They had characters that were rounded and dimensional and deeply layered. This is what we don’t really get in the studio system any more. But two films that really hit that nerve in the system were The Fault In Our Stars and If I Stay, which were both adaptations, which explains why the characters were more able to be identified with. For me, it’s all about connecting with the characters on a deeper field. As far as the blockbusters, the only one I felt was well written, due to the intelligence of the script and the overall theme of the story, was Dawn Of The Planet Of The Apes. It had such heart, such an identifiable father/son struggle, and themes that worked on both the human and ape sides of the story. I found it quite powerful because of this, and the effects and action really did accent it rather than overwhelm it for me. I wish more blockbuster studio films managed to achieve the same.

Many years ago, I received a grade of Recommend on two scripts through what was then Script PIMP (now Script Pipeline). I began a great relationship with the guys who ran it and when they had a spot come open they gave me a chance to show what I could do, as I was working on my own consultant service on the side and had experience with this. I then went on to work quite successfully with them and was a senior story analyst, being there for over 5 years. I’ve been running my own service all along as well, and now work with ScriptReaderPro.

I’m not sure it can be taught, or even learned. I believe certain people have an inert skill for identifying good stories and good writing, much like Simon Cowell has a knack for recognizing talent and potential in a singer’s voice. Certain people can see that special spark on the page, within that voice and writer. I don’t think just anybody can be a screenwriter. Not only does it have certain areas of craft that must be mastered and manipulated to a person’s style and form, but there’s also a very special art to it. Some people don’t believe there’s an art to screenwriting, that it’s just a blueprint for a movie, but the great writers truly do put together a masterful piece of art in their screenplays. Not everyone can do it, and that’s why 99% of screenwriters tend to fall short of becoming that professional writer we all strive to become.

This is tough because there are so many things that need to be in a script to make it really stand out and resonate above the piles of not so great stuff. Writers tend to focus so much on their “rules” like format and saving the cat: exact page beats and such. But the greats, they worry about layers and nuance and emotional connection. Things like character development, flaws, obstacles. For me, it’s all about the flow of the story, the pace at which it pulls me through the basic structure all screenplays have. That will really make me sit up and take notice. The best screenplays are the ones you never stop to see what page they’re on, or what act you may be in, because it has seamlessly pulled you deep into that world. And that happens very, very rarely.

For me it’s not about spelling or grammar, or whether something should have been in CAPS or not. The biggest mistake I see is screenwriters not doing all they can to suck every last drop out of a scene. They are too soft, or too vague, or talking heads with no real substance. These screenwriters lay down the surface and don’t seem to take the time to really dig in and crack the surface to see what is really happening underneath.

I’m actually sick and tired of the main character’s motivation being a dead wife. So many scripts these days and pitches rely on the protagonist being driven toward his goal by the death of the woman he loved. Of course this creates a strong emotional connection as we’ve all lost a loved one in some way or another, but it’s now so cliché it just comes off flat and not interesting in any way.

1) Take your time. If you’re writing a spec, you have all the time in the world, as well as only one chance to impress. Too many writers rush and don’t let a script really simmer and breathe before they stamp it complete.

2) Find your voice. Don’t write in every single genre because you have an idea you think is good. Choose your style and your voice. It’s hard to make your mark as a horror writer if you submit and they want more, and all you have is a children’s Christmas movie, a western and an emotional drama.

3) Choose your concepts and stories carefully. It’s hard to get read in this business as it is, but even harder if the idea you have isn’t something that will get people excited. The best way to think of it before you write your story is if you can see a movie poster. If the concept you can pitch will elicit a movie poster in our minds, we can see it as a movie. If it doesn’t, you may want to see what other ideas you plan to put 6-12 months into.

I’ve only read one script I wish was my own. It was so good, so layered, so character-rich, and it was a heist movie as well about two bank robbers on their last run who steal a getaway car with a pregnant woman asleep in the back, so it had commercial appeal. But it had a deeper theme about human connection that ran through the entire story. The writer had a very special voice that was undeniable.

It all depends on the contest. Everything is so subjective. I won a midlevel contest and didn’t get a single request. I was a winner in one of the top 3 and the requests flooded in. It all depends on how a writer capitalizes on those wins or placements. Using them to pump up your credibility in a query can help it get noticed.

Saskatoon Berry Pie. These little dark blue berries, like a blueberry but totally different, grow in central Canada and into Montana and North Dakota. These are little gems if you can ever get your taste buds on them, in a crust with a gratuitous pile of whipped cream on top.