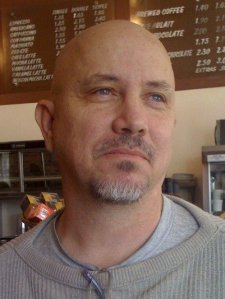 The latest in a series of interviews with script readers and consultants who would be worth your while to work with if you want to get your script in shape. Today’s spotlight is on Howard Casner, who has also written an e-book about his experiences – Rantings and Ravings of a Screenplay Reader.

Right now, screenwriting and moviemaking in the U.S. are at a crisis point. Very little is being done that is interesting or exciting. Most of it is bland, boring, or even if entertaining, falls short of a real success when it comes to quality. I feel we are treading water, waiting for a group of filmmakers and writers to come rescue us. We are in need of a new wave.

The film with the strongest screenplay this year so far has been BORGMAN, a movie from the Netherlands about someone who is pure evil worming himself into the household of an upper middleclass family. It is what I call a WTF film, strange and imaginative with strong characters and fascinating story.

However, my favorite movie of the year so far is UNDER THE SKIN, a sci-fi movie made in Scotland about an alien who seduces men to a house where they are then killed for fodder for another planet. Both are highly original, something that I feel is often missing from American films.  Right now, the two countries producing the most interesting and exciting movies are South Korea and Romania.

Before I moved to L.A. in 2001, I was in the theater and read scripts constantly. But once here, I met someone in a coffee shop who let me use him as an intro to the person in charge of the Slamdance Screenplay Competition.

After doing a sample coverage (which worried me because I didn’t like the screenplay, but it had won an award the year before), I was taken on. That year I discovered the first place screenplay, Song of Silence by Miranda Kwok, at the last minute and for a few years after that kept discovering the first place winner.

This then gave me the background to get work, also through connections, at Here! Networks and Final Draft Big Break Screenplay Contest.

You can be taught to find screenplays that whoever is paying you wants to find. They give you a list of criteria and you can probably get by on that.

Recognizing good writing has some element of instinct to it. You need the ability to create a vision inside your head of whatever is described and hear the voices of the characters, which to some degree, is something you either can do or you can’t.

You also need to have as large a background in seeing movies and reading screenplays as you can. The more you read, the more movies you’ve seen, the easier it is to recognize what is new and original, and you can weed out what is formulaic and has been done many times before. And, of course, you really need to be able to do this and be a fast reader (some people are slower readers than others and that can be a problem).

One problem is that what “good” means can vary from person to person. I see the words “great” and “good” often used to describe screenplays and I’m not quite sure what they mean in the context of the person writing.

If you mean “good” in that commerciality is irrelevant and the screenplay has inherent quality apart from box office and other practical considerations (which is how I use the term), then the most important component nine times out of ten are characters (there are always exceptions). Without strong and vibrant characters, almost nothing else matters. You can have the most original high concept in the world, but with flat and uninteresting characters, I won’t care.

But after that, you need a screenplay that is readable and clear with an interesting plot (though, again, interesting is ambiguous; what is fascinating to one person is a bore to another).

But perhaps even more important, a good screenplay is one written by someone who has a vision, a voice, something to say, who writes from the heart, from a need to get a story out there.

Besides the obvious, which is a screenplay that is horrendously formatted, or is almost unreadable, a story that is hard to follow and understand, with novelistic and literary narrative rather than focused and to the point narrative, and screenplays by people who don’t seem to understand the basic concept as to how to write a screenplay in the first place…

I would first have to say that it would include screenplays written according to formula, to a structure they got from a book or guru, screenplays written by people who have nothing to say and don’t have a real, interior reason to write a screenplay. That’s why the first of my ten commandments for screenwriters is to not read a book, or take a class, or use a guru in writing a screenplay until after you have written two or three first.

Beyond that, it’s screenplays that are concept and plot driven rather than character driven; overcomplicated plots; and screenplays written about a subject matter (like crime and espionage thrillers) where the writer hasn’t done the research.

Some of my pet peeves: characters not going to the police when the opportunity presents itself; cell phones lost, conveniently destroyed or losing power; not using social media when it would resolve a situation in no time; female roles that are underdeveloped, or in which women are humiliated for no reason; using lack of insurance as a plot motivator (by the time the movie gets made, the ACA may make many of these plot turns outdated). I could go on.

The romcom where a woman just feels her life is incomplete unless she is married, or at least in a serious relationship and that is her main goal; as a corollary to that, women characters who can only be defined by their emotional relationship to men; a group of people, especially teens or young adults, getting stuck in the middle of nowhere attacked by country folk; screenplays that are about being gay, rather than have a central character who just happens to be gay (especially coming out stories).

As a corollary to this, stories that start with grabber scenes (they are a cliché and they almost never really intrigue me), especially if the grabber scene is a dream or someone being chased through some woods.

-That the quality of the script might not help you in and of itself and the better quality it is, the harder it might be to ever get the screenplay produced.

-As a corollary to the above, it’s who you know, not how well written your screenplay is, that can make the difference (though your screenplay has to have some modicum of skill to it, or just about nothing matters).

-The way movies are getting made (at least in the U.S.) is changing. You may have to do your first screenplay yourself, and if so, do something new, original and with a vision.

I will add one additional rule: learn how to format a screenplay and learn how to write a screenplay that is a smooth and easy read. This last is far more important than new writers ever seem to want to admit. I don’t know why, but they’ll often be open to any other suggestions, but bristle when I mention their formatting and narrative.

That is why my second commandment for writers is that the exception to reading a book on playwriting is that you must read a book on formatting; no exceptions.  Your narrative can always be reduced by 10 to 20% and will not only not hurt the screenplay, but probably benefit it.

Many. Every year I read quite a few of those. I can’t really comment on any I’ve read for current contests, since the contests are still ongoing, but one that I still don’t understand why it hasn’t ever been made is “The most successful television personality that a Middle Eastern country has ever seen has to flee the country after a revolution; years later, working in a bar in Germany, he is given the chance to reclaim his glory if he will just publically apologize for every negative thing he has ever said about the new regime”.

It’s not so much whether they are worth it. Based on the way things work in the U.S. right now, and the way the economy is working, they are sort of a necessary evil.

This may sound odd coming from someone who makes a living doing coverage and reading for contests, but if you can bypass contests and readers for companies and agencies completely, and get to the sources themselves, to the immediate people who can make a film and get those persons to read your script, do that.

But getting to the position where you can do that takes a lot of time and in the meanwhile, you need to find ways to get some sort of resume and approval of your writing, and screenplay contests are a place to start.

At the same time, there’s little point in entering a contest unless you have a screenplay that has been honed and worked on and is getting positive responses from others. Otherwise, you’re just throwing money away.

For more detailed and full information about myself and my coverage services, go to my blog Rantings and Ravings.

I’m also now offering a new service: so much emphasis has been given lately to the importance of the opening of your screenplay, I now offer coverage for the first twenty pages at the cost of $20.00 USD. For those who don’t want to have full coverage on their screenplay at this time, but want to know how well their script is working with the opening pages, this is perfect for you. I’ll help you not lose the reader on page one.

And of course, my e-book Rantings and Ravings of a Screenplay Reader can be purchased on Amazon: http://www.amazon.com/dp/B00KTM6C42

When I was young, my family would make Lemon Chiffon and Chocolate Pie, which were my favorites. I’m not a big fan of hard crust pies. I prefer things like cheesecake.

One thought on “Ask a Book-Writing Script Consultant!”