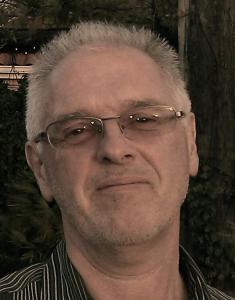 The latest in a series of interviews with script readers and consultants who would be worth your while to work with if you want to get your script in shape. Today’s spotlight is on writer-author-lecturer Rob Tobin.

Rob is a produced, award-winning screenwriter, published novelist, former motion picture development executive, author of the screenwriting books “The Screenwriting Formula” and “How to Write High Structure, High Concept Movies,” as well as several screenwriting CDs. He’s been a frequent guest lecturer on screenwriting at film festivals and writing conferences around the world.

*April 2015 update – Rob is currently working on a multi-book adaptation project and is not available for story notes, but can fit in one additional script polish or rewrite assignment.

1. What’s the last thing you read/watched that you thought was incredibly well written?

My wife and I just saw “The Normal Heart,” which blew me away. Brilliantly written, acted and directed. Most importantly, the title wasn’t the only thing that had heart, something most films no longer have. Even a film like “The Fault in Our Stars,” a film with tremendous heart, that I loved. I’d much rather see a film or read a script like that than a brilliantly written script with no heart.

I’m originally Canadian, and came to USC in L.A. to get my M.A. in screenwriting and become a working screenwriter. My background was as a novelist. Everyone at USC told me I should intern at a film company. I did, and started reading scripts as part of my internship. Lots of them. Years later as a development exec, I stopped counting at 5,000 script scripts read and covered. In that process, I wrote two screenwriting books, starred in a couple of screenwriting DVDs, then people started flying me around to lecture on screenwriting – Canada, New England, the South of France.

Definitely something you can be taught. Screenwriting has structure, elements, rules, all of which you can learn. Of course some people are going to be better at it than others. In addition, there is the other part of being a script consultant, and that’s helping the writer find ways to improve her or his script. That can also be taught, but there’s a much bigger talent component to that.

I actually wrote a book about the seven essential elements of a well-written screenplay, but to be honest, as I mentioned, one of the biggest aspects of a well-written script is heart. Yes, you can write a brilliant script about crime, sex, war, and so on. Bond movies are great, but I still think that heart is what makes a script special. Something like “The Normal Heart” or “Good Will Hunting”, or even comedies like “Big” or “Tootsie” have heart. High concept is also important but as I said in another recent interview, a high concept piece of crap is still a piece of crap. A low concept work of brilliance is still a work of brilliance. There are techniques and elements, of course, but I love that old saying about not writing because you want to say something, but because you have something to say. Say something worth saying, and say it with heart. If I had only one piece of advice to give, that would be it.

Easy killing. Doesn’t matter whether it’s a cop who easily kills a bad guy, or an action star killing hordes of bad guys, easily, without remorse, and without ever getting shot him or herself. Killing as a relatively trivial thing is the worst trope of all in my opinion, and it can’t go away fast enough.

-Write only if you enjoy writing, because the chances of making a living at it are extremely remote.

-Never submit a first draft of anything.

8. Have you ever read a script that was an absolute, without a doubt “recommend”? If so, could you give the logline?

“Thank You for Smoking.” It came to me when I was a director of development. Out of thousands and thousands of scripts I read, I recommended 34, despite the fact that I worked for major producers who were getting the best scripts from the best agencies, but that was it: 34 out of over 5,000 scripts, all from the best agencies in the business. “Wag the Dog” and “Dangerous Minds” are some of the scripts I recommended. Every other script, the ones I didn’t recommend, had structural problems.

Yes, if they’re the right ones. I always tell beginning writers to never submit their first, second, third or even fourth scripts to the industry itself – producers, agents, etc., but rather to contests, especially contests that give feedback. That way if their first few scripts are subpar, they’re not going to be branded by industry people as subpar writers. And the feedback from the contests can help them figure out what their weaknesses are.

Email me at scripts90@gmail.com. I don’t do coverage anymore, but I do story notes, polishes, rewrites, and adaptations.