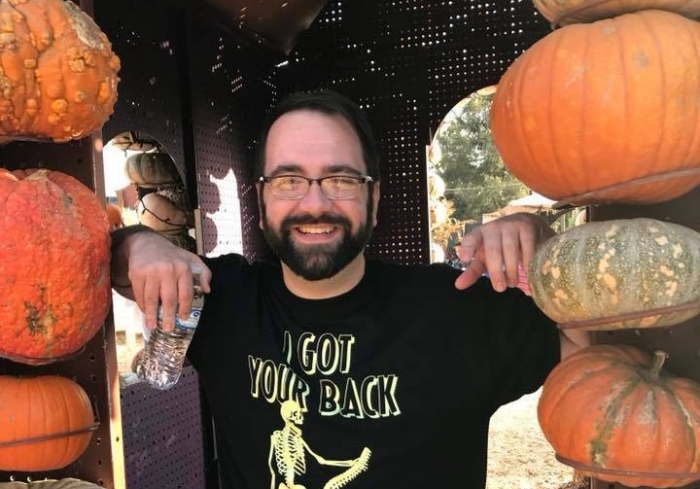 Travis Seppala is a Los Angeles-based screenwriter who’s repped by Bright One Management. In addition to selling shorts, optioning features, being hired to write dozens of feature films and episodes of television, he’s also published his new book 365: A Year of Screenwriting Tips.

What was the thing you read or watched you considered incredibly well-written?

My favorite script of all time was A KILLING ON CARNIVAL ROW. I’m thrilled to see it’s being turned into a series on Amazon, and will be very interested to see how the format changing from feature to TV affects the amazing story.

I think the perfect movie is IT HAPPENED ONE NIGHT. It might be a little corny by today’s standards, but a lot of it (both story and dialogue) still holds up today.

And for TV, we’re in the new golden age where almost everything is super well-written! One of my current favorites is DOOM PATROL. It’s about a superhero team, but it’s also a  deeply emotional drama. It just happens to be about misfits with powers (and problems).

3-dimensional characters who are the right people to partake in the compelling story.

What was the inspiration/motivation for this book?

After a while, seeing repeated questions and questions that can be answered with about five seconds of research on Google, I thought “What if all these answers were in one place, by category?”

I figured I could put it all together, plus answer a bunch of questions that aren’t being asked. And so the book was born.

There are a lot of screenwriting books out there. What about this one makes it unique?

Many of those other books are about a specific aspect of screenwriting. Story. Character development. Rewrites. Business.

365: A Year of Screenwriting Tips runs the gamut of covering ALL aspects of screenwriting, from before you have an idea to after you sell a script and everything in between…. all in bite-size tips!

It’s purpose isn’t to try and make you “better” in any specific thing. And I don’t claim to be a guru or expert; I’m just relaying info I’ve learned either through a ton of book reading or personal experience. The book is just meant to help show you the ropes, and makes suggestions on different ways to look at things. Try a bunch of stuff and see what works for you!

Plus, there’s a bunch of coupons for discounts and freebies on a lot of helpful products and services!

Some screenwriting books are geared more towards covering the basics, while others “go beyond (or way beyond) the basics”. Is this a book that both new and experienced writers could use?

With 365 tips to choose from, are there any that really seem to resonate with readers? Or any that always instigate an argument?

A couple that have gone over well with people are my tips on creating a positivity calendar (because it’s far too easy to get wrapped up in all the negative aspects of this life) and playing The Comp Game (a great way to produce new stories that are “similar but different”).

The big one that’s gotten people upset is Tip #1: Experts Are Liars!

There’s one section in the book called “Before You Start”, and one called “Prep Work”. What do you consider the difference between the two?

The “Before You Start” section is about things to know before even trying to come up with the idea for a script. It talks about the odds of making it, the fact that there’s a lot of conflicting information out there (and even in this book), and things to consider before you ever start on this journey.

“Prep Work” is about… well… prep work! Ideas. Brainstorming. Outlining. Figuring out what to write a script about.

Before You Start = knowing what you’re getting into.

Part of your own backstory involves your relocating to Los Angeles. Where do you fall in the “You have to live in LA to make it” discussion?

Whether or not you HAVE to be in Los Angeles sort of depends on what you’re trying to accomplish in the industry.

If you want to be a television writer, then yes, you absolutely MUST move to LaLa Land! Shows shoot all over the country (and even other countries), but the majority of them have writers rooms in the L.A. Area. How can you expect to get a job if you don’t even live where that job is?

Now, if you want to write features? Then you can live anywhere. But expect to make trips to Los Angeles if/when possible. Why? Because you need to take meetings. Meetings with reps, meetings with producers, meeting with studio heads. Sure, it’s possible to do phone meetings, and you probably will do a bunch… but nothing beats the in-person impression when selling your work.

As a follow-up to that, how has it been for you and your career since arriving in Los Angeles?

There’s been good stuff and bad.

Like a lot of transplants, I thought I’d get here and “be discovered” in the first year. That didn’t happen. Been here 3 years and still just trying to make it.

I’ve met LOTS of people, though, and made great connections with other writers, reps, showrunners, producers, crew members, and more! My Rolodex is filled out, and it wouldn’t have been if I hadn’t come here.

I’ve also gotten some gigs because I met people at parties out here and hit it off.

The thing to know, though, is that while being here makes it easier to have access to decision makers, it also becomes harder to fit in. You might be the best writer in your small Oklahoma town, but in Los Angeles almost everyone is a damned good writer! It’s the “big fish, little pond” situation. The ocean is where it’s at, but it’s also rougher water.

You offer more than a few tips about networking, especially at social events. How much of an impact has that had for you?

I’ve gotten jobs from people, made loads of friends, and even met my fiancee – all at these kinds of events!

I really enjoyed the final section – “After Your Script Is Done”. How much of that is based on your own personal experience?

Much of the book is based on my own experiences in the industry. I don’t go into a lot of personal stories or examples of my own material like many screenwriting books do, but my experience is definitely where a lot of my “wisdom” comes from.

However, all the stuff in that section is great advice for any writer. It speaks to Serial Starters, Talented individuals, Procrastinators, Newbies who just make mistakes with what they’re writing, Paranoids, Worry-Warts, and Newbies searching for the next steps. There’s also some great coupons in that last section, myths busted, and a suggestion for a killer ice cream place!

Apart from writing scripts, you also offer a script consulting service. How can writers get in touch with you to find out more?

Readers of the blog are more than familiar with my love & appreciation of pie. What’s your favorite kind?

My favorite pie has always been Shoo-fly Pie. It’s this super sweet molasses pie that, so far as I can tell, you can only get in Amish country. Sadly, I haven’t had it since I was a child. I keep meaning to find a recipe online for it… but… *shrugs* when it comes to pie, I’d rather someone else make it for me.

But for those playing at home, I actually prefer cookies to pie. Sorry. 😉 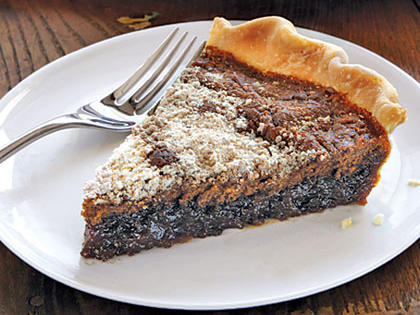 One thought on “Q & A with Travis Seppala”