Skip to content
HomeMoose, squirrel, and two guys in drag 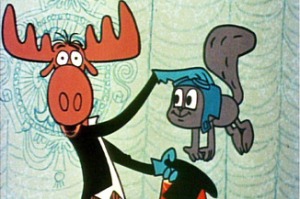 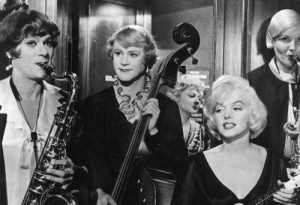 It’s been a very long time since I attempted to write a script that did not involve the phrase “rollercoaster ride” as part of the description.

So while I wait for notes on the western and mystery-comedy, I’m taking my time in figuring out the story of what is shaping up to be a low-budget comedy.

Which also means it has to be funny, yet another mountain to conquer in itself.

Funny is subjective.  Something somebody else considers hilarious might make me shrug and say “I don’t get it.”  But I know what makes me laugh, so that type of humor is what I’ll attempt to incorporate into my story.

For me, a very important part of this is re-educating myself in how the jokes work and how they’re constructed. As I figure out the story, I’ll also be watching and learning from some prime examples of how it’s done.

Among them: episodes of ROCKY & BULLWINKLE and SOME LIKE IT HOT.

Part of what I like about them is how the jokes feel organic AND smart. The humor comes from the situation and how the characters react, rather than feeling forced.

Each also does a great job of gradually setting up punchlines, and not just going for a rapid-fire bombardment of one-liners.

Something else to keep in mind: both are over 50 years old and still hold up – further proof of their durability. The subject matter may be a bit dated, but the jokes still work, and that’s really what matters.