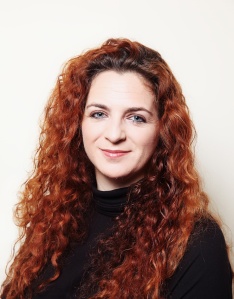 The latest in a series of interviews with script readers and consultants who would be worth your while to work with if you want to get your script in shape. Today’s spotlight is on Lee Jessup.

Author of the best-selling book Getting It Write: An Insider’s Guide To A Screenwriting Career, Lee Jessup is a career coach for professional and emerging screenwriters, with an exclusive focus on the screenwriter’s professional development. Her clients include WGA members, Golden Globe and Emmy nominated screenwriters, writers who sold screenplays and pitches to major studios and contest winner. An invited speaker at screenwriting conferences and festivals both in the US and Europe, Lee is a regular contributor to Script Magazine and was the interview subject for a number of film-centric television and web programs. To learn more about Lee and her services, visit www.leejessup.com.

It’s a cliché, but I always go back to Breaking Bad episodes, which is probably fresh in my mind because I just did that the other night. That’s master craft right there. I’ve been reading a lot of TV scripts lately; one of the best I read recently actually came from a client who wrote a really amazing, intricate pilot with some amazing, innovative character work. Sadly, I’m not allowed to say who. Can’t play favorites!

I started reading scripts as a kid – my dad was a film producer, and so we always had scripts lying around the house. I thought everyone read scripts and broke them down for fun – it took me a while to get that some people (like my mother) just can’t wrap their brains around reading that format. After all, a script is not fully realized work – it’s a blueprint made to be elevated by imagination.

The more you read, the better you learn to recognize quality. When I send my clients to readers, I am always looking for people who are super-seasoned, who’ve read thousands of scripts, because that foundation really informs the reader about what’s out there and  provides a more solid quality barometer. When someone just starts out reading, they can often find promise in the work, whether or not it’s actually there. It’s after you’ve been reading for a while that you begin really evaluating the script for what’s on the page, rather than the potential your imagination allows you to see in it.

For me it all starts with character, so “must-haves” are things like: wound, stakes, clear goal(s), ample conflict. Michael Hauge has a great saying that a strong screenplay rests at the intersection of story and character. That’s a big one for me. Don’t get me wrong – a strong, clear external journey to take us from act 1 to 3 is a must, but if you don’t have that internal journey, that element of taking a protagonist from living in fear to living courageously, you lose me. At the end of the day, I always look to see what the protagonist’s goal was, whether this was achieved or reversed, and if it was done, whether it was done to satisfaction.

Page count is the most obvious one. I am sure you’ve heard this before, but I find it to be one that’s very, very hard to recover from because ultimately it’s your first impression. Second is another one of those: not enough white space on the page. The look of the material itself. I recently interviewed Scott Alexander and Larry Karaszewski, and Scott talked about the fact that script pages are meant to be read from top to bottom, not left to right. When I am unable to read from top to bottom, when the script is overly described, then the writer automatically has a serious strike against him. Other things that drive me crazy are scenes that don’t move the plot along, or ones that repeat information we already know without giving us anything new. Hitchcock was famous for saying that in every scene you have to get at least two new bits of plot-relevant information, specifically once you’re out of the first act. That’s a great rule to go by.

I am one of those who believes that anything old can be made new again with a new, different, unexpected take, so in this scenario I am actually open to seeing anything so long as there’s a fresh, interesting voice behind it.

1. This is a craft; you get better as you go along (which means: write a lot!)

Winning a big contest is a big deal, which just goes to show that contests are a small-fish/big-pond sort of a game. In order for a win to really work for you, it has to be in one of the biggies, where in truth even high placement goes a long way. For example, every year my clients who place in quarters or semis for the Nicholl Fellowship get multiple read requests from agents, managers and production companies. It’s a way for industry execs to have material vetted for them, and qualified for them to read. In addition, being able to say that you won, were a finalist or a semi-finalist in one of the BIG contests, such as Final Draft’s Big Break or PAGE is generally a door opener. The industry is a bit like the mafia – we need someone to vouch for you. The big contests can certainly help you build that pedigree.

Everything anyone ever needs to know about me (and then some!!!) can be found on my website: www.leejessup.com. There’s a full breakdown of how I work, what I do and all the rest of it.

Chocolate mousse. Hands down. No question.