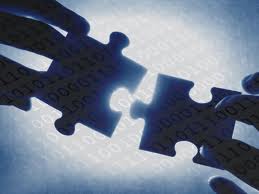 While I was working on the last quarter of Act Two today, I realized I didn’t have any hard copy of the previous draft: outline OR script.  Which means I didn’t have anything to really reference as part of this rewrite.  I know how I’d like to move forward, but once again find myself streamlining how that’s being accomplished.  A lot of unnecessary fat is being trimmed away. For the better.

An interesting side note  to all of this is that I took a look at my notes from the fine folks at ScriptQuack and discovered I’ve put a lot of their suggestions into play, which in turn renders a lot of their notes irrelevant.  I should probably X out all the parts I don’t need anymore, which would enable me to focus on what I haven’t used yet (or may not need at all).

This heading toward the end of Act Two is really presenting a challenge: how to best have the situation increasingly worsen so that all definitely seems lost for my hero.  I’ve got a few ideas to work with, but I’m not in a rush, so this can be carefully planned out.

-Nicholl deadline has come and gone. I’m glad I didn’t try to rush through this; it would not have yielded good results.  Better to give myself more time for next year.  Very interesting to see some critique comments on Facebook.  Who couldn’t read those and hope it was their script being praised?

I’m sure a lot of people enter only one or two contests a year, if that often, the Nicholl probably being one of them. Have winners of less prestigious contests ever gone on to fame and fortune?  Not that I know of, but I don’t research them that much.

-Just wondering – I get more done on a script when I’m where I really shouldn’t be working on it (read: actual paying job).  Does this happen for other writers?  I can get some work done at home, but the creative juices really flow when I can spare a few minutes between on-air reports.  Again, just wondering.

-Movie of the Moment: 500 DAYS OF SUMMER.  We watched it over 2 days, despite it only being 95 minutes long.  I didn’t really know what to expect, and that I’d heard good things about it.  One line in particular stood out for me in the beginning: “This is not a love story.”  Boy, ain’t that the truth.

I liked it, despite how sad it is.  Like they set out to make an anti-romcom.  It was kind of refreshing to jump past the meet-cute and avoid any kind of wacky hijinks and cut straight to the beginning of the end.  The whole jumping-around-in-time aspect was also well-executed.  I had a little trouble keeping track of things when the jumps were significant (Day 348 to Day 22, etc), but it was better than just letting it all happen in a traditional linear way.

Another benefit to that is how it doesn’t treat the viewer like an idiot, which is always important.