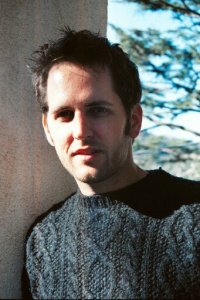 The latest in a series of interviews with script readers and consultants who would be worth your while to work with if you want to get your script in shape. Today’s spotlight is on Erik Bork, who also runs the website Flying Wrestler.

Erik Bork is best known for his work as a writer-producer on the HBO miniseries Band of Brothers and From the Earth to the Moon – for which he won two Emmy and two Golden Globe Awards. He’s also worked on the writing staff of two primetime dramas, sold multiple original series pitches, and written pilots and features for such companies as Universal, Sony, NBC, Fox, Imagine, Original Film and The Playtone Company. He teaches screenwriting for UCLA Extension and National University’s MFA Program, and has been called one of the Top 10 Most Influential Screenwriting Bloggers.

I’m continually impressed with how DOWNTON ABBEY tells interesting, emotional, heartfelt stories that are grounded in the realities of its setting, for the various kinds of people who populate it. I’ve been re-watching the first three seasons lately – and think it’s great model for what makes characters and stories compelling, and easy to invest in.

I’d been a professional screenwriter for about a decade and was being asked to speak to writers groups, teach classes, and give feedback on scripts.

An intriguing and original concept about a compelling and high stakes problem for a character most people can relate to (either the character, and/or the problem) – which focuses on that character as they actively try to solve it, which is complicated and difficult for them, and entertaining for us to watch. I think working with the ten genres in the SAVE THE CAT books are a great tool for working on achieving this.

Writers jump to script too quickly, without really developing a concept that has the ingredients necessary to have a chance at success. Stories often don’t have a main character that readers understand and have reason to care enough about, and sometimes it’s not told subjectively through that one person’s point-of-view. The main story problem is often not high stakes enough to the main character’s external life situation (as opposed to their internal life of thoughts, emotions and attitudes). It might not be an active enough challenge where they are pushing the story forward, or a problem that is big enough and hard enough, with enough twists and turns to it. Ultimately, it comes down to achieving the audience’s strong caring, and holding onto that – which is not easy to do.

I get tired of violent adventure stories with life-and-death stakes and a simplistic good vs. evil approach. It’s easiest to grab an audience with that, but it tends to leave me cold – especially when it’s just about visual spectacle, as opposed to realistic characters going through something relatable.

7. What are the three most important rules every writer should know?

-Basic story concept is the most important thing, and hardest to get right.

-The audience must emotionally become one with your main character, which isn’t easy to achieve.

-It’s hard and rare to write something that REALLY works, even for professionals – so stay open to feedback, lots of rewriting, and a long-term process that requires a lot of persistence and ongoing belief.

I don’t really provide coverage-style “recommend”/”consider”/”pass” ratings, and don’t exactly think in those terms. I’m more about helping the writer better their craft and project(s), and never look for or expect a script that comes to me to be something they could instantly do something with in the marketplace.

They’re in no way a panacea or golden ticket, and most of them probably won’t do much to advance one’s career – unless you finish really highly in one of the top contests. But it can be a good way to see how you’re doing, and get quality feedback, if you find the price reasonable.

You’ll find my script consulting and rates pages on my “Flying Wrestler” blog. You can also e-mail me directly at erik@flyingwrestler.com.

One thought on “Ask a Multi-Award-Winning Script Consultant!”