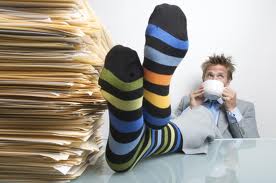 Except for a few tweaks and added-in details, I think the latest outline is done. Still not entirely sure the last few scenes are a little rushed, but for the most part, I like what I’ve got.

Looking at all that text makes me wonder if I tightened this thing up that much, if at all.  But my initial overall feeling is it’s better than it was before.

I’ve also been wondering about some of the set-up scenes; are they good enough?  Do they explain enough? Will the reader be able to follow along?  I’ve been guilty of writing with information the reader may not have, so I’ll have to be careful about that.

Because I think it may be time to move on to the next level:

Pages. Which I’m pretty excited about.

My s.o.p. in the past has been at least 3 pages a day. Seems doable.

Movie of the Moment  – K and I watched FIDO, a much better-than-expected zombie flick from about 5 years ago. Imagine WWII was against zombies, and they lost. Now the living dead are outfitted with collars inhibiting their flesh-eating tendencies, so now they function in society as a kind of subservient, manual labor.

This particular story is about a loser kid who at first treats the family’s new zombie as a pet (hence the title), but soon kind of sees him as a sort of surrogate father.

Set in a well-presented 50’s setting, the film takes the subject seriously but adds equal amounts of camp.  Not as gory as you would think, but an interesting take on a subject near and dear to K’s heart.

Added bonus – comedian Billy Connolly in the title role.  He never says a word, apart from the standard grunts and growls, so his acting is all expression. Very impressive.

-I started watching EATING RAOUL, which I remember Siskel & Ebert reviewing way back when on Sneak Previews, which aired on WHYY in Philadelphia.

I knew Paul Bartel co-wrote and directed, but had only seen clips, and even those were a long time ago.

Even though I’m about halfway through, everything so far has been freakin’ hilarious. Extremely dated, especially with the whole swingers lifestyle subplot, but just a smart little comedy that still generates laughs.  Can’t wait to finish it.

-Still don’t know if I’ll get to X-MEN or SUPER 8 in theatres. I’ll try, but looks like they may be sentenced to Netflix while HARRY POTTER and CAPTAIN AMERICA get closer.

Benefit of working ridiculously early hours – catching the first show of the day at the local AMC theatres. ticket price – $6! Makes my bought-at-Walgreens-and-smuggled-in M&Ms taste that much better.